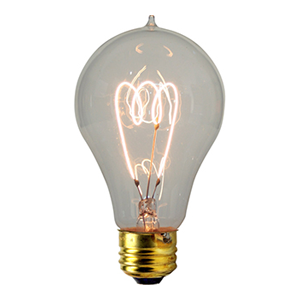 Strategies to keep your client base happy and on board

Most building service contractors (BSC) look to differentiate their business in an industry loaded with similarities.

Many use marketing slogans; highlight their training program, quality management, hiring practices, and quality of supervisors; talk about state-of-the-art systems that produce lower costs; and how they place an emphasis on instant response. There are numerous other positions they take when trying to sell their business, too, and all to get hired as they shape their price to close the deal.

Then, as service commences, an incredible percentage of BSCs go directly into the same old cleaning service routine. There are two reasons for this; in many cases, few of the differences they state about their companies are truly developed or supported, and second, the organizations’ employees lack effective training to successfully deliver on promises.

Besides not optimizing performance, the lack of robust training and commitment to monitoring quality creates a barrier for improvement, preventing it from breaking through and rooting itself within the organization. Breakthrough improvement, especially in a cleaning operation, requires a complete modification or change.

Throughout the years, we have learned that continuous improvement yields incremental progress, which is critical to sustaining high performance. However, when we need substantive change, this involves a major disruption to the status quo and requires disruptive leadership to effectively implement and sustain that change.

In 1995, the theory of disruptive innovation—which has been defined as a product or service that disrupts a marketplace and eventually steps in to take its place—was introduced in an article in the Harvard Business Review. During the past 20 years, it has played a major role in smaller entrepreneurial companies as well as large corporations. There are some examples of disruptive innovation that we can all relate to: email, the iPhone, Cable TV, and Netflix, to name a few.

The disruptive theory was revisited by Clayton M. Christensen, Michael E. Raynor, and Rory McDonald in the December 2015 issue of the Harvard Business Review. Here, the authors say the term is frequently used too broadly to refer to any new project or business situation. Included in this is the potential risk of disrupting a profitable business model/process. Further, the 2015 Harvard Business Review article says, “Most every innovation—disruptive or not—begins life as a small-scale experiment. Disrupters tend to focus on getting the business model, rather than merely the product, just right.”

This is the story behind the market demise of Blockbuster Video when it overlooked Netflix. The initial launch of Netflix was not appealing to Blockbuster’s core customer who purchased on impulse at a store. However, Blockbuster saw no threat from Netflix since it took five to seven days to receive selections. As new technologies allowed Netflix to stream video over the Internet, the company further developed its business model and that option became more appealing to Blockbusters’ core base.

Disruption in the Cleaning Industry

In that regard, we have a classic example of disruptive innovation in the cleaning industry—the backpack vacuum system. With the introduction of this new approach to vacuuming surfaces, the industry was sold on the following: gaining higher productivity rates than when using an upright vacuum, retaining more particulate without having to re-enter a previously cleaned area to unplug or relocate the cord, removing more particulate from soft and hard surfaces, and greatly reducing operator fatigue.

At first it was not given a great deal of respect as an everyday tool; it was thought of as a useful device for side applications. It was not until its inventor, Larry Shideler, began to use it in his cleaning business and began working with other BSCs that the real application took hold. As he traveled throughout the industry, he noticed he could help others clean more efficiently and effectively by sharing a workflow system called team cleaning. It was quickly discovered that as he taught the principles of team cleaning, the efficiency of a backpack vacuum could help.

The team specialists required the inclusion of his new vacuum product design, resulting in a pull through marketing strategy. This is classic disruptive innovation.

The rest is history; Shideler founded ProTeam, Inc. and began to have a direct impact on the cleaning industry, creating a whole new line of similar products copied by large international manufacturers. Today, what was once a rejected concept has now become  a standard tool in servicing all kinds of facilities.

Think of it this way: As we look at today’s cleaning industry, there are really only two basic models for workflow: zone-assigned cleaning and specialists with team interaction—all other processes are variations of these. The progressive-thinking BSCs were the early adopters of the backpack vacuum, but it took disruptive leadership to gain the greatest benefit of improved workflow through team interaction.

It’s been written that organizations that don’t disrupt themselves, risk being disrupted by others. Therefore, it’s important to take notice when change is necessary, and ensure you have the leadership in place to drive the strategy behind it.

Your organization’s operating system is the part of your business that provides direct value to your customers; with the right model in place, world class innovation could lead to success with customers both new and old—if you’re willing to step out on the edge.

how can we help you?

Give us a call or send an inquiry online.